This year, HTFC was involved in various events at Winnipeg Design Festival: Launch. The festival ran from September 18 to 22, engaging not just the design community, but the public at large, in an effort to advance the culture of design and the built environment. 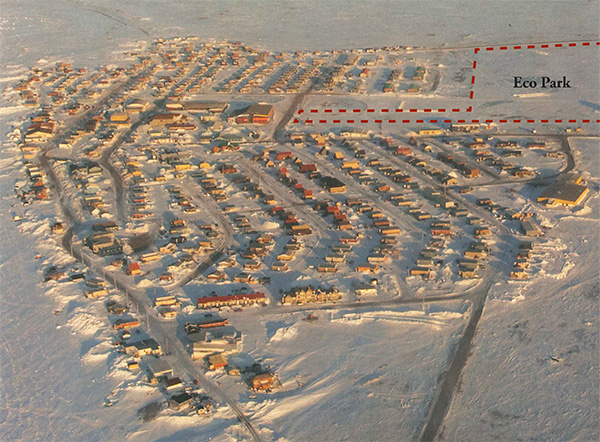 On the Boards: Public Edition

This is a monthly event initiated by Storefront MB to allow architects, landscape architects, interior designers, and planners to share their work with their peers. During the festival, the presentations were brought into a public forum at the The Forks Market. Our own Glen Manning and Chelsea Synychych presented a project for an Eco Park at the Hamlet of Arviat in Southern Nunavut. The purpose of the park is to preserve the natural features of the wetlands while enhancing opportunities for physical activity, tourism, education and recreation in this growing community. The preliminary vision for the park is a ring of boardwalks and trails surrounding the wetlands, with shelters, tables, art installations, storytelling stations, and other amenities distributed along the route. 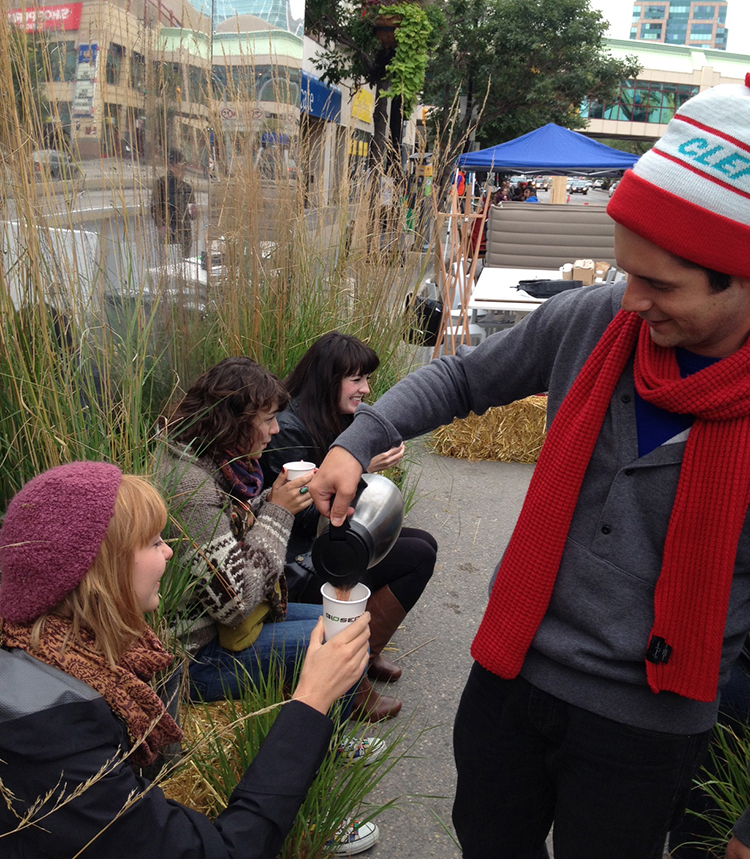 This event was sponsored by the Manitoba Association of Landscape Architects (MALA). This is the second year that this global event has been included as part of the Winnipeg Design Festival. The idea behind Park(ing) Day is to take over metered parking stalls and convert them to public parks. MALA chose to take on an entire block of parking stalls on Portage Avenue, between Carlton and Hargrave Streets, creating a ‘block party’ of sorts for the public to enjoy. Twelve groups set up displays including U of M Environmental Design students, Republic Architecture, Number Ten Architectural Group, Manitoba Professional Planners Institute (MPPI), Winnipeg Arts Council, and MALA, among others. A lot of passersby enjoyed the refuge, food, hot chocolate, music and social interaction that these pop-up parks offered. The clustering of all of the parks in one central location brought great public awareness to the event and the festival as a whole. This is an event that seems to get better each year. MALA’s park, entitled EPIC(c), consisted of hay bale seating with ornamental grasses walled in by translucent, reflective acrylic panels. 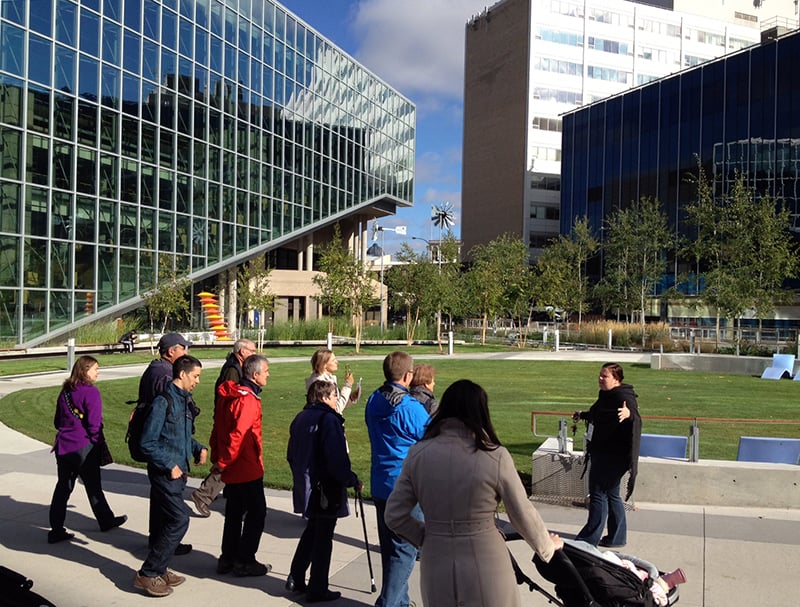 As part of a series of site tours taking place for the festival, Monica Giesbrecht led a dozen or so members of the public through sunny Millennium Library Park, an HTFC project completed in 2012. The park was originally constructed as part of the Winnipeg Centennial Library, but in recent years had developed a bad reputation as a bit of a scary place. As part of the Millennium renovations, HTFC provided a redesign for the park that was much more open and inviting to the public, whether passing through or staying for the entire day. The park now features an extensive wetland, public art pieces, a large sunny lawn with comfortable furniture and treed plazas that provide the public with a welcome break from the vehicular traffic of the surrounding Downtown streets.