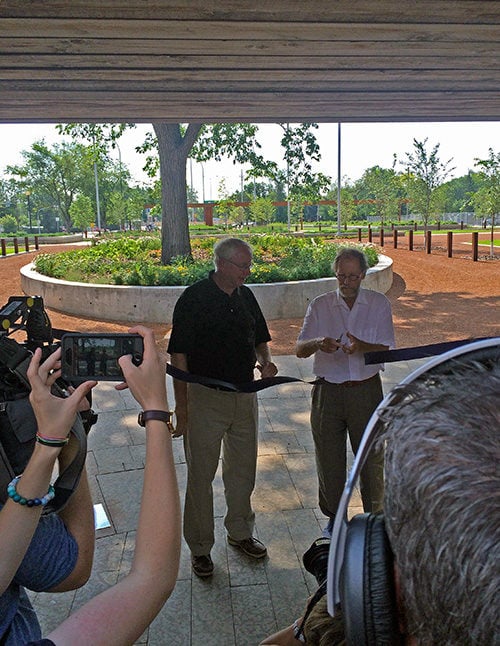 In the scorching August heat — a drastic change from the frigid October 2014 unveiling ceremony — the Friends of Upper Fort Garry cut the ribbon at the Governor’s Gate, officially opening Upper Fort Garry Provincial Park to the public. Members of the HTFC team were on hand to join in the celebration, along with representatives from Cohlmeyer Architects, Pattern Interactive, The Forks North Portage Partnership, The Creaddo Group, and others who were involved in the planning, design, interpretation, and construction of this historic park.