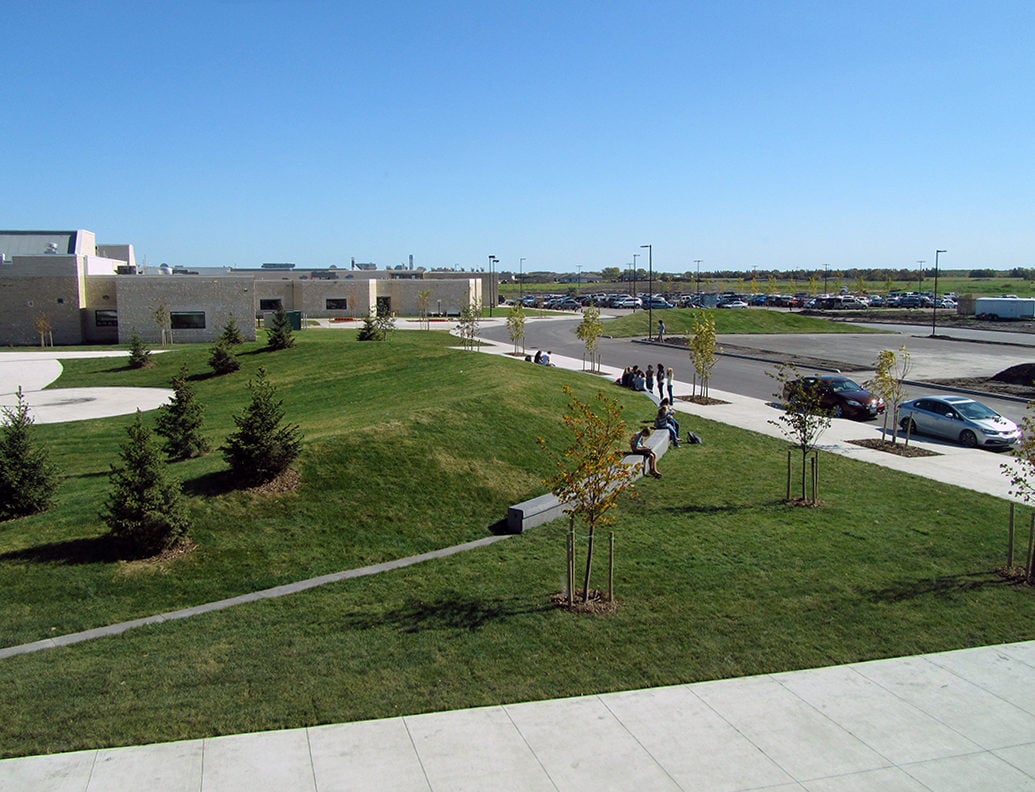 HTFC was in attendance as the Hanover School Division celebrated the Grand Opening of the largest school in Manitoba on Tuesday, September 23, 2014. The Steinbach Regional Secondary School (SRSS) recently expanded, adding over 9700 square metres to its existing facility, accommodating up to 2000 students.

HTFC was part of the design team led by Stantec. Our role in the project included full site design of the 8.2 hectare property. This included expansion of the service yards; new access from the south; new parking lots; a new bus loop that encloses basketball, beach volleyball and track facilities; a new daycare yard, and an Outdoor Learning Environment (OLE).

The OLE, which focuses on math in nature, features dry stone swales — a nod to the meaning of the City’s name — and a variety of plants with characteristics that reflect mathematical patterns. This area is centred around a walkway formed by a Fibonacci spiral.

Also included in HTFC’s role was schematic design for the refurbished football field and track, which as well as serving the school and community, will be used as a venue for the 2016 Manitoba Summer Games.