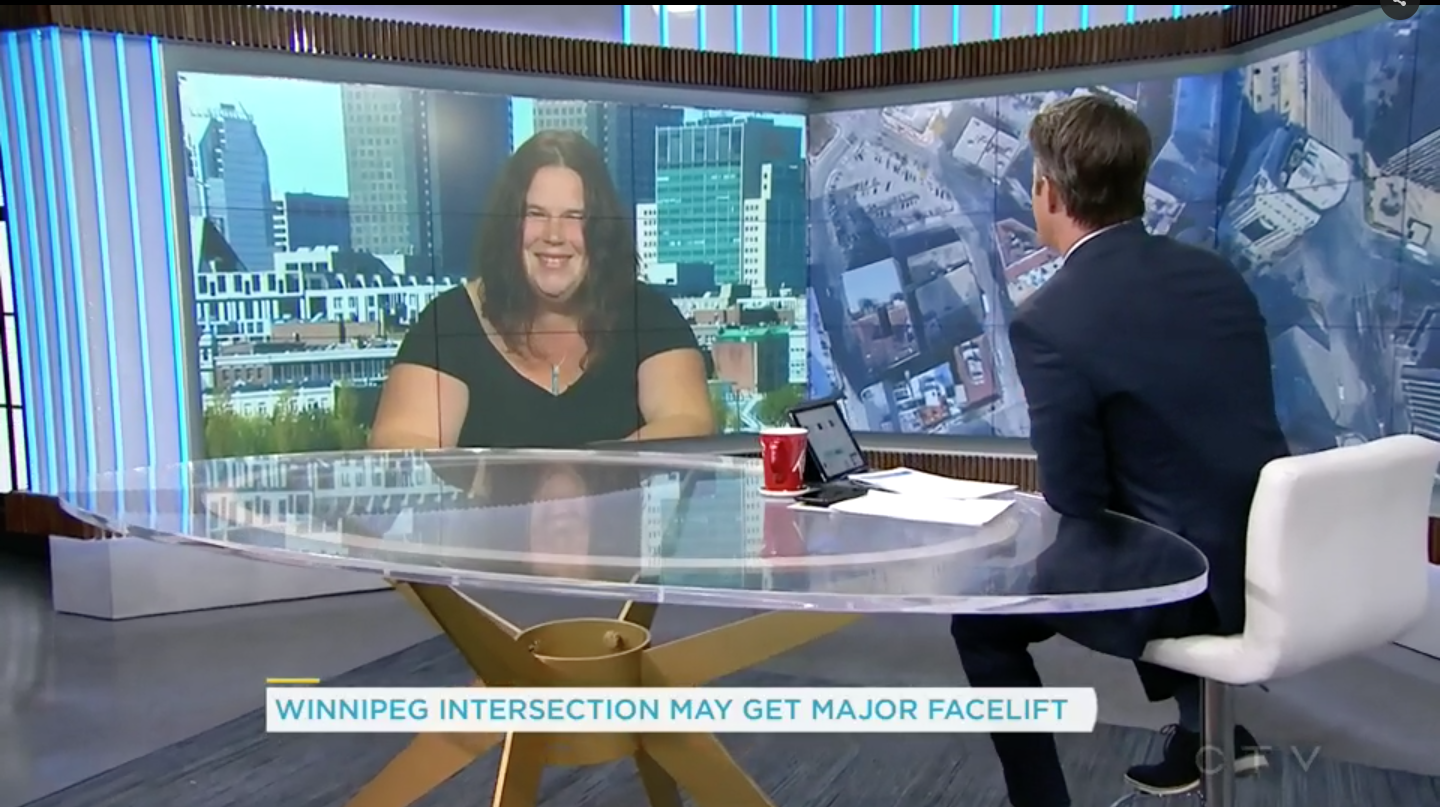 Canada’s windiest intersection may soon be getting a major upgrade.

For more than 40 years, pedestrians haven’t been able to cross the juncture at Portage and Main in downtown Winnipeg. Now, in a new report, city staff say it’s time to break down the concrete barriers and let the people in; a move that could re-shape how Winnipeggers experience downtown.

Winnipeg-based landscape architect Monica Giesbrecht tells us what opening this intersection could mean for the downtown core.

Why is this significant?
The intersection has been closed to pedestrians since 1979. It was first closed to boost foot traffic in an underground mall and help support those businesses, as well as move traffic through the area more efficiently. The city has made efforts in the past to re-open the intersection, but all of those efforts have failed. Brian Bowman, the city’s current mayor, is an advocate for this change.

The benefits
The biggest impact this change could have, according to Giesbrecht, is it would add great connection and life and usability between four very key areas of Winnipeg’s downtown. Right now, all of these areas are separated and cut off from each other, so residents are forced to go around Portage and Main to get to these neighbourhoods.

The negatives
According to a recent report, changing the intersection would slow down traffic, including transit routes.

“Opening Portage and Main to pedestrians will both increase travel times and decrease the reliability for the vehicular movement of goods or people through downtown Winnipeg,” the report says. “The intersection will operate close to maximum capacity at peak periods and small disruptions may cause larger ripple effects to the traffic network downtown.”

The report also estimates the cost would be $11.6 million, maybe higher. This cost doesn’t include visual enhancements to the intersection, like public art. There are also added transit costs.

Our Elly alongside @robben.constant and Flora & Ed

Our summer of contract administration continues.