I did not know Garry very well in his life outside the office, but it was pretty clear that he held on tight to the things he really cared about: his family, his music, his creative impulses, and his privacy. Garry certainly held on tight to Upper Fort Garry.

That is why I am glad Faye selected this place to remember Garry, rather than the other important and well loved places like Leo Mol sculpture garden, Fort Whyte Alive, Oak Hammock Marsh, or Oodena at the Forks. I worked with Garry on most of these and none were as tightly held as UFG.

Maybe it was because he was the client in this case, rather than lead designer, and he was like a nervous passenger clutching the dashboard – though he could hardly be described as a passenger on this trip. I think there was more to it than that. Garry had been pushing since the 70’s to bring Upper Fort Garry properly into the public eye. Then one day, not long after the Friends of Upper Fort Garry had won the right to develop the site, he discovered some writing by John Ralston Saul that galvanized his thinking about the fort. The passage says the indigenous way, the Metis way, is at the heart of what we now consider the Canadian way: that spirit of compromise, flexibility and common sense prevailing over ideology. There are always lots of clamouring factions, but are capable of putting aside cultural and racial difference and pulling together when it is important. It’s one of the reasons multiculturalism works here and few other places in the world.

Garry started talking about nation-building and suggested that modern Canada was born at Upper Fort Garry, not just in the physical sense – the creation of Manitoba did pave the way geographically for a transcontinental Canada – but the modern Canadian spirit was largely forged in the conflicts and resolutions that occurred on this site. Everyone on the project received a copy of JRS’s book A Fair Country, and the UFG mission became more ambitious and vital. The grasp tightened once more. It drove the design team, funders and the Friends crazy at times – but overall, we all benefited from his persistence and his challenge to say more and find new ways to say it, delivering the message that underlies all of this: that ultimately, we are better together. 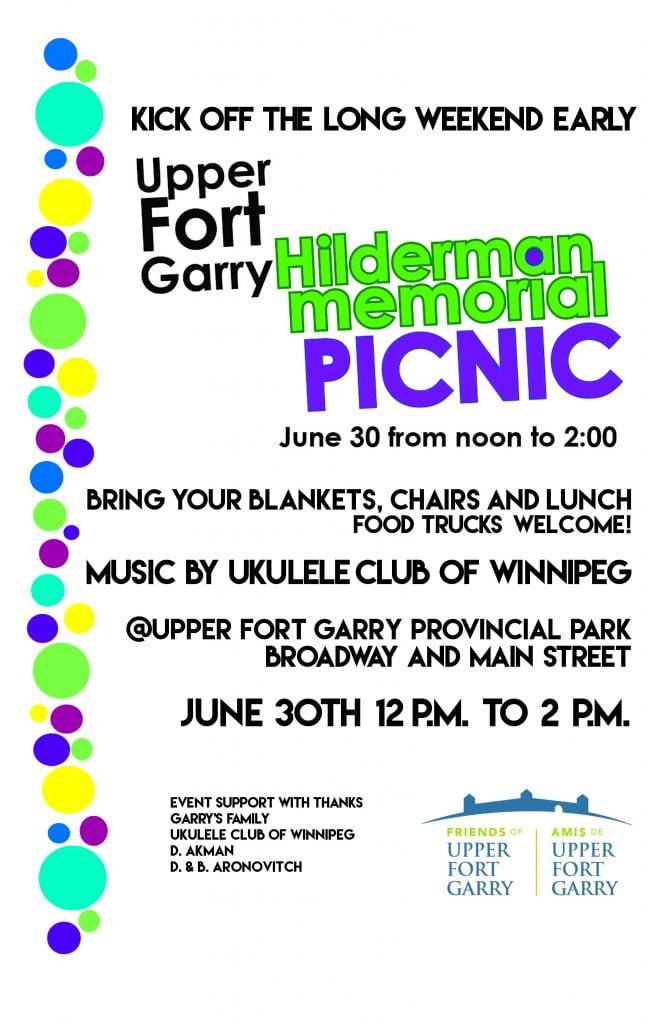 Join 150 people for one of the largest downtown picnics at the Upper Fort Garry Hilderman Memorial Picnic! June 30 from 12 to 2 p.m.